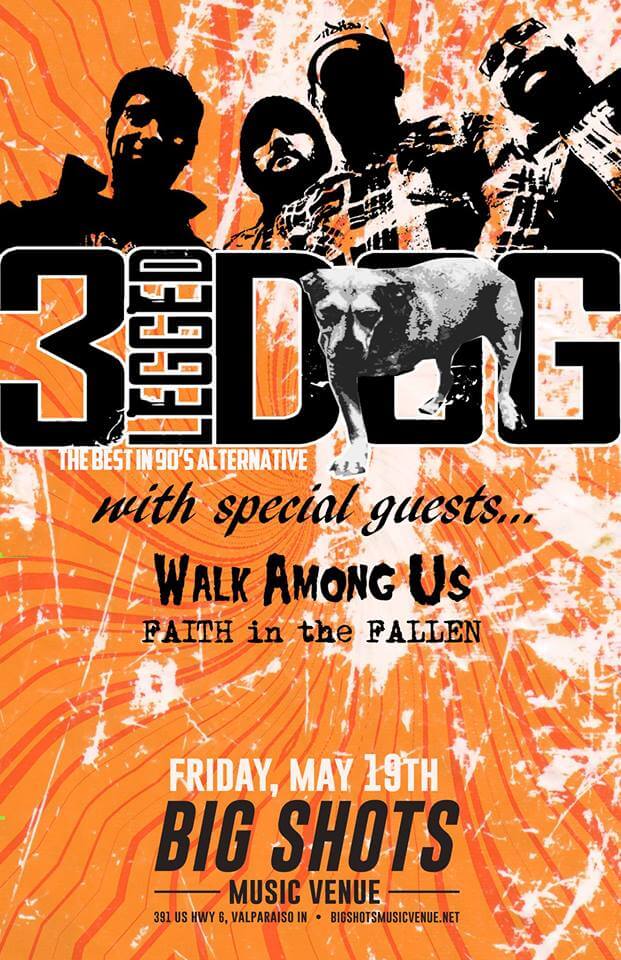 Faith in the Fallen, Walk Among Us, and 3 Legged Dog at Big Shots 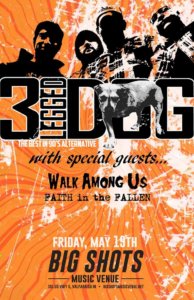 May 19 – Dan Dobbertin’s favorite show of the year!!  That’s right, we’ll be rocking at Big Shots in Valparaiso playing with

Coming back at ya one week later and kicking off Memorial Day Weekend with a kickass local lineup featuring Blackmarket Democracy and Endgame!  21+ Show.  Doors at 8:00 pm.  $5 Cover Charge.

Faith in the Fallen will be kicking things off.  Followed by Endgame and Blackmarket Democracy headlining!!

Here’s a link to the Facebook Event.  Let us know you’re coming! 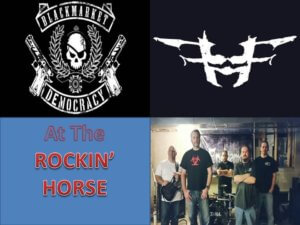 Thank You Covered in Thrash and Stu and the Nods!

It seems like we’ve been busier than sh…something!  But we had a great time rocking Bada Brew with Covered in Thrash and Stu and the Nods.  Great bunch of guys.  We rocked without our brother Dan Dobbertin, but he was there in spirit.

And for those who were planning to come out to Twisted Rose in Algonquin on April 22, we’re sorry but we had to cancel.  A little too much drama and uncertainty with that venue leading up to it, so we ultimately passed.    But heard it was a great night featuring American Zer0s and Praise the Fallen!  (So either way…there was a Fallen there that night!)

Congratulate our Band Members Next Time You See Them

Big family news for the Faith in the Fallen family!  If you hadn’t heard drummer Charles Bacani welcomes his 5th child in June!  Congratulations to Charles and Sarah!  Amazing work!

And congratulations to Dan Dobbertin and Jannike Jorgenson on their engagement and upcoming nuptials!   So as you’d expect we’re going off for a little bit, but expect to find us back in the mix in July / August!

Other ways to catch Faith in the Fallen until then…

Lead guitarist Jim Pape has been active all over the Chicagoland area.  You can catch him at some open mics, but he’s also booking some cool rock shows.   You can catch Jim Pape’s solo stylings next at the AMB Fest June 10 at Penny Road Pub in Barrington.  The festival is all weekend – here’s a link to the event

FITF is also working on some “lite” shows in June.  So stay tuned!

Pick Up Our Gravity – EP – Online or at a Show! Get your FITF T-Shirt! 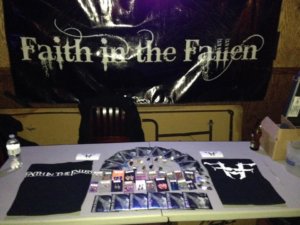 Pick up a T-Shirt  or signature FITF jewelry at our merch table.

Hope to see you all soon!  Thank you for your support.